Fiona Nielsen, CEO and Founder of Repositive, the Cambridge (UK) tech start-up on a mission to accelerate cancer drug discovery, has been recognised in the 2018 WISE100 (Women in Social Enterprise 100) list – a prestigious index of the UK’s 100 most inspiring and influential women in social enterprise, impact investment and social innovation.

Now in its second year, WISE100 is organised by the NatWest SE100 Index in partnership with Pioneers Post, and the women who made the 2018 list were announced during a celebration at Coutts in London on Monday 29 October. Nielsen received recognition for founding Repositive in 2014 as a social enterprise, and rapidly growing the organisation, which connects oncology researchers with Contract Research Organisations which offer the data, models and services researchers require to develop new treatments and cures.

Fiona comments: “During my time working as a bioinformatician, I identified some of the difficulties that researchers face in accessing genomic data, which is essential for testing early hypotheses and conducting pre-clinical research. The lack of access causes delays in, and in some cases even prevents, the discovery of treatments and cures, particularly for cancer. So, determined to do something to solve this issue, I left my 9-5 job and jumped into the unknown world of entrepreneurship – founding Repositive to facilitate better data access and drive faster drug discovery.

“It has not been without its challenges, but over the past four years the team at Repositive has made real progress towards enabling the secure sharing and discovery of data through the development of our Repositive platform reaching across research communities. Our Cancer Models community, is well on track to become the largest global online resource for cancer models and, to further support the exchange of critical knowledge and best practices across the biotech industry. Repositive is also investing substantially in building a network of expertise and partners for pre-clinical oncology research.

“It is overwhelming to be included in the WISE100 list alongside so many other successful female entrepreneurs. Women are doing amazing things for social enterprise in the UK, and it is fantastic to see so many likeminded individuals’ ambitions, passion, knowledge and skills similarly disrupting the status quo for the greater good.”

In just four years, Fiona and Repositive have attracted users from over 800 organisations from more than 90 countries; catalogued more than 1 million genomic research data sets from more than 50 global sources; grown the team to 38 people and recruited an impressive C-suite of experienced executives. Repositive has successfully relocated twice in 2018 to larger central Cambridge offices, to accommodate the expanding team.

Repositive has recently announced a limited-time, free of charge, introductory service to its Cancer Models product. From 1 October to 31 December, commercial scientists working in translational oncology who are struggling to find translational cancer models can ask Repositive to conduct a free, tailored, confidential search for specific cancer models, through its new Personal Shopper Service. 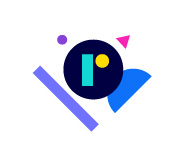