Repositive is connecting the world of genomic data to help researchers to help patients, faster. Through our software, community and collaboration we power research into genetic diseases. So when we learned of the SaveOurMaddi campaign, a fundraising effort to help a 16-year-old girl with a rare disease, we knew we had to help.

Maddi is a 16-year-old girl diagnosed with Spastic Paraplegia-15 (SPG15), a rare disease affecting the motor neurons located in the central nervous system. Motor neurons are nerve cells that transmit information from the brain to the spinal cord, and then to the muscles. SPG15 causes the motor neurons in the brain and spinal cord to waste away or die. Like many rare diseases, there is currently no treatment or cure for SPG15.

Maddi’s mother Carina Thurgood, started the SaveOurMaddi campaign in response to the lack of research and treatments for SPG15. The campaign hopes to raise £91,000 supporting the research into gene therapy that will replace the genes causing SPG15.

In the process of learning about this campaign, we interviewed Carina Thurgood about Maddi and SPG15. Maddi who's 16 has a very rare form of Spastic Paraplegia, known as SPG15, which is more severe and causes complex issues. At this time there is no one in the UK with SPG15.

How did you feel when Maddi was diagnosed with such a rare disease?

'Totally in shock having had no idea there was something so sinister hiding away. We were all devastated for Maddi, it has been a difficult time for her coming to terms with a progressive wasting disease at such a young age.'n

'She's deteriorating, the disease is already attacking her central nervous system. We have no idea how quick the progression will be. It started in her legs for which her walking is affected now, recently it has reached her arms. Her balance is not very good and she can't stand still. Being extremely complex it will eventually take control of all four limbs causing paralysis, it may attack her eyes, her breathing and being able to swallow and is linked to juvenile Parkinson's. It will destroy any capabilities within the body to the point of not being able to do anything for herself.'

Why has it been so difficult to find treatment?

'There is no cure! Maddi is under (the care of) Great Ormond Street Hospital and we travelled to the USA to see if they could help find treatments but because it's so rare it seems no one has been able to make a cure!'n

Now is there a chance of a cure?

'We were contacted by a Professor of Gene Therapy based in Sheffield University of Neurosciences just after New Year. He said he would like to help Maddi to try and do a Gene replacement of SPG15, so right now there are scientists working on trying to make a treatment for Maddi which will hopefully arrest the disease before it's too late for Maddi.'

'The downside is because she is the only one in the UK so we have to fund this research. Thankfully with all the donations that have been received so far, along with family savings they have started working on this therapy. However we have still got a long way to go as more funds are needed to support this, at present we desperately need to raise another £91,000 to progress this research to the point of being able to treat Maddi.'n 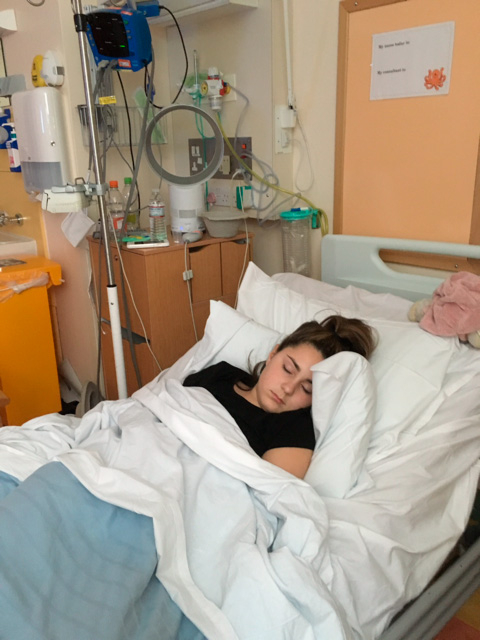 Repositive will donate £200 for the first 10 leads on data, contacts, or research related to SPG15

Repositive was first made aware of the SaveOurMaddi campaign from Repositive platform user Julian Coe.

There are several ways you can support us and the SaveOurMaddi campaign...

“We hope we can make a difference for Maddi by encouraging the community to collaborate on data and demonstrate to the world what is possible when genomic data is made visible, accessible and reusable.”

Key Takeaways from AACR21: ‘Data Science and Machine Learning: Will They Revolutionise Cancer Cure and Research?’

Q&A with Eleonore: career journey from academia to tech