Thanks to the advance of robotics and automation, high-throughput screening (HTS) is saving many researchers from suffering pipetting fatigue, while allowing more potential drug targets to be tested in a shorter timeframe. By going through huge libraries of compounds, an active compound (i.e. a hit) may be generated that can become the starting point of drug development. In fact, over the past 30 years, HTS capability has evolved from testing 800 compounds per week to more than 100,000 per day!

While the race of pushing the quantitative screening limit is ongoing, some pharma and biotechs are starting to shake up their existing HTS framework with new compound libraries and innovative 3D models, such as organoids and zebrafish. In this blog post, we’ll be looking at some of the alternative approaches that researchers are currently implementing in HTS to improve the screening hit rate or clinical predictivity of their drug discovery and development programmes.

1. Designing a diverse and representative compound library tailored to your screening requirements

The current chemical space is vast and contains potentially more than 10^60; compounds, thus it is important to filter and identify a representative subset of ‘drug-like’ compounds to optimise the screening output of your HTS cost-effectively.

Firstly, any compounds with undesirable properties, such as poor physicochemical properties or binding affinity, should be discarded early on at the library design stage. Secondly, the screening library should include compound sets with as much chemical diversity as possible, instead of sets with many analogues. This can maximise the coverage of chemical space that you can explore, and in turn the overall hit rate. However, it is also important to note that the definition of ‘chemical diversity’ is still under constant refinement. It can be based on chemical descriptors like shape and pharmacophore, or biological descriptors like affinity and HTS fingerprints.

While there is no one perfect guideline for library diversity design, there is now computational software that can assist the process in a data-driven manner. As more bioactivity and HTS assay data is becoming publicly available, these software solutions can perform large-scale pre-screens, discarding undesirable compounds and even run virtual HTS, relying on existing 3D structural and binding information.

Gaining access to diverse compound libraries including licensed drugs and bioactive natural products, on top of the up-front investment needed for the HTS infrastructure, however, could be a huge hurdle for small biopharma companies. Fortunately, many contract research organisations (CROs) now provide pre-selected diverse libraries and have high degree of flexibility on assay choices, library combination and scale of projects, making HTS outsourcing a more affordable option for smaller biopharmas and biotechs fresh on the scene.

2. Transforming your screening to three-dimensional

Established cancer cell lines offer great flexibility in research, but their altered genetics in 2D in vitro settings contribute to poor downstream success rates in drug development. While in vivo animal models allow more comprehensive therapeutic studies, they are usually time-consuming and costly to develop, and are incompatible for large scale HTS. In contrast, 3D cultures have been shown to recapitulate in vivo cellular responses with higher physiological relevance, thereby serving as a bridge between 2D cell culture and animal studies to enable HTS with improved clinical predictivity.

Assembled using various methods and cell sources, 3D organoids can be generated from stem cells or patient-derived tumour tissues, by the hanging drop method or low-adherence round-bottom microplates. Each organoid usually grows at a slightly different rate and maintains less homogeneity than its 2D counterparts. This is however, seen as an advantage of using 3D cultures, as it means they can more accurately mimic actual inter-patient variation in drug sensitivity.

A team from Japan performed HTS with 2,427 FDA-approved drugs and small molecules on two colorectal cancer patient-derived organoid (PDO) lines and identified 15 hits. Then they performed a follow-up HTS with those hits on another 30 PDO lines and showed substantial variation in drug sensitivity. It showed that 3D HTS not only can help the identification of therapeutic compounds, but also offers a robust platform that could potentially perform drug pre-screening for personalised medicine. The team also validated that the PDOs were capable of forming xenograft tumours in immunodeficient mice, making follow-up in vivo validation study possible.

3. Including external cues in your tumour model

Beside cell-cell interaction within tumour populations, many external signals also play a role in the growth and progression of tumours. In animal models, scientists have developed humanised mouse models and orthotopic transplantation to include external cues for a more biologically relevant study. For 3D HTS, efforts have also been focusing on developing platforms that could include more than just the tumour itself.

A team from Emory University co-cultured cell line-derived organoids (CDOs) and PDOs carrying an oncogene mutation with human immune cells, and performed HTS with a library of 2,036 bioactive compounds. Using a combination of image-based and biochemical-based readouts, the team was able to identify three inhibitors of apoptosis protein that could inhibit the growth of the tumour organoids. Follow-up cytokines and antibodies depletion assays confirmed that the presence of activated immune cells were essential for the compounds to be effective.

A team from National Institutes of Health and University of Chicago included metastatic extracellular matrix (ECM) components in their 3D HTS study on high-grade serous ovarian carcinoma. They layered human omental fibroblasts and mesothelial cells on the ECM co-culture system in 384 and 1,536-well microplate formats, and screened a collection of 1,912 oncology drugs. Comparing with the HTS results of 2D cell lines grown on plastic, the study identified a class of HDAC inhibitors that could effectively slow down the cancer cells’ proliferation.

Advancement in microfabrication and 3D printing technology has also opened up new possibilities in creating ‘miniature organs’ that mimic the native biophysical environment. For example, one CRO based in the Netherlands has designed an organ-in-a-chip that consisted of a microfluidic system, allowing continuous perfusion and media exchange. The device embeds 3D triple-negative breast cancer cells in different ECM compositions, which is then transferred into the industrial 384-well microplate format. Results showed that the device can hold 96 microtissues derived from patients and sustains a significantly higher viability than static condition.

Considering the level of complexity involved in cancer progression and migration, animal models are still an indispensable part of oncology research. Yet, the commonly used mouse models, such as PDX, CDX and humanised mice, which required manual tumour extraction and measurements, are not compatible with the current HTS systems. To address this issue, researchers have been developing in vivo HTS with optically clear zebrafish.

A team from Harvard Stem Cell Institute and Massachusetts General Hospital genetically engineered an immunodeficient strain of adult zebrafish that was able to harbour patient-derived xenograft tumours at 37°C for 28 days. The optical transparency allowed dynamic visualisation at single-cell resolution. With photoconversion cell-lineage tracing, automation could be applied to follow the progression and migration of cancer stem cells in vivo. However, one challenge currently limiting the feasibility of using adult zebrafish in HTS more routinely is the automation of drug administration. In the study, the team had to orally gavage the zebrafish with the compounds, as opposed to passive absorption of solubilised drug from the tank, to overcome inconsistent drug intake between zebrafish models.

HTS has been contributing to the acceleration of drug discovery and development in the past decades by identifying potential therapeutic leads. It has been estimated that HTS contributes to over 130 million dollars and 0.8 years in saving for each new drug. With the newly refined HTS systems and compound libraries being developed, HTS is expected to be even more efficient and cost-effective for pharma and biotech companies in the future. While many innovative models are already commercially available for HTS studies, it can be challenging to find a CRO with the specific capabilities and expertise required for your drug discovery programme.

If you want to jump start your drug development using HTS, our partner CROs provide a range of customisable HTS-related services, including compound-library design, high-content screening and specialised models, such as organoids and zebrafish embryos.

Why not get in touch with our experts today and we’ll help you find the right HTS service or model for your next study? 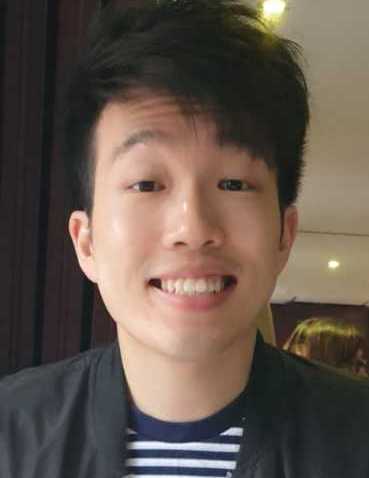 Organoids: The 3D era of cancer drug discovery is here

What’s the hype about organoids? Here’s 3 ways that organoids could boost your drug development programme